If you look over the soft and hilly landscape to the west of Lecciatina, you will see 2 big hills opposite each other.   The mediaeval town of Volterra rises on one of them, and the other has the shape of a pointed hat and the name Monte Voltraio. The mighty 15th. century Medici-Fortress dominates Volterra, although the origins of the town go back much earlier.  Once, the Etruscans lived here, and as was their rites, they chose a place with two hills opposite each other.  One as the area for their homes and the other as the place of rest for the dead.  The Etruscan Velathri which was grounded about 3000 years ago played an important part in the 12 Town Alliance.  In the region, that today is a part of Tuscany, Umbria and Lazios, there w

as peaceful buying and selling between them, the towns were open for everyone.  It was only when the Romans came from the south, that the Etruscans built up high walls around their settlements, the ruins of which can be seen even today.  After the Romans took over, Velathri fell to ruins, the once proud town was reduced to a few farmsteads called Borghi. Even in the 10th century there were only 9 of these Borghis, that were the beginning of the settlement of Volterra.  Opposite, on the Monte Voltraio,  a settlement was built around a mighty cathedral made of travertine, where, according to historians, around 2000 people lived.

As Volterra got economically stronger at the beginning of the 13th century, the citizens on the other hill wanted to end the power of the bishop.  The people of Volterra besieged Monte Voltraio, starved the inhabitants and finally destroyed the cathedral and the settlement – only ruins are left as evidence of power of that time. Apart from the farmers, there were also craftsmen that settled in Volterra in mediaeval times.  Alabaster was found in the surrounding area, thus grinders and sculptors moved here.  Even today, one still finds many alabaster works in Volterra, and you can find everything – from kitsch to works of art – that you heart desires!  One studio that we would like to mention is in the Via Sarti.  Alabaster flutes are made here, copying figures that were found on the Etruscan sarcophagus’.  The tone is very similar to the warm tone of the Quenas that are played by the Andes Indians.

When we are on the subject of music: The Festival Volterrajazz  organises concerts on the open places in the town each summer, where internationally known musicians play.

The Festival Volterrateatro also takes place at the end of July/beginning of August.  This is where drama groups from Italy, France, Germany, and now and again Scandinavia introduce themselves.  The climax of the festival that has been taking place for 20 years is the performance of the Compagnia della Fortezza.  This prison theatre group was founded 20 years ago by Armando Punzo who came from Naples; the actors are the prisoners who all have long sentences and are interned in the prison at Volterra, in the Medici fortress.  They perform adaptations from Brecht, Pasolini, Rabelais etc.  If you wish to see the performances in the prison, you need to apply to the police a long time in advance.  Though, usually, the actors perform on one or two evenings during the Festival week in Volterra.

Here you can find information about all our houses in the Volterra region....... 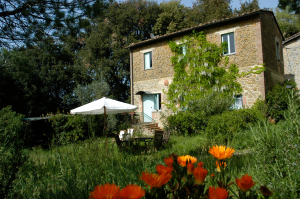 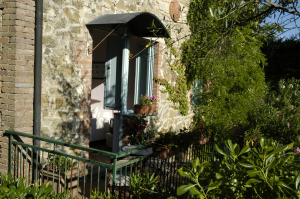 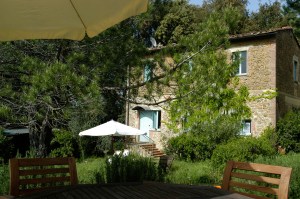